The Will Eisner Graphic Novel Prize for Libraries 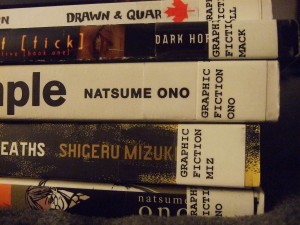 Earlier this week The Will & Ann Eisner Family Foundation announced the launch of a new prize for libraries that will see over 100 graphic novels donated to three libraries each year. The Will Eisner Graphic Novel Prize for Libraries will give each winning library a collection of graphic novels and additional prizes to help promote graphic novels. Libraries can register to win during the American Library Association (ALA) Conference in Anaheim, California which runs from June 21 to 26. The names of the winning libraries will be announced at 4pm on Sunday, June 24th on the Graphic Novel Stage in the convention hall.

The prize — named after the late cartoonist best known for creating The Spirit and often noted as coining the term graphic novel —  will include the 2012 Will Eisner Comics Industry Award nominated graphic novels, the entire Will Eisner Library of books, a $2,000 voucher for the purchase of additional graphic novels, and an additional $1,000 stipend for the library to hold a graphic novel or comic related event. The total value for each prize is approximately $4,000.

Last month the ALA announced it would be hosting zine-related content at the conference and inviting zine-makers to participate in the Zine Pavilion, which includes an exhibit of donated zines (that will be raffled off to a library at the end of the conference) and tables for zinesters to sell their wares during the exhibit. There will also be a zine reading on Sunday June 21, from 9am until 12pm.

To Thine Own Librarian Be True
Comic artists at ALA